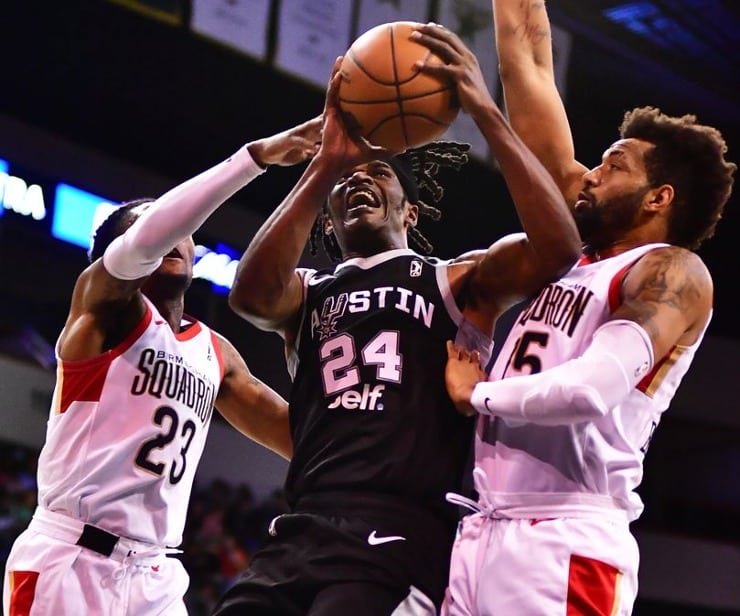 The San Antonio Spurs have signed G League standout Alize Johnson to a one-year deal and will waive rookie forward Jordan Hall, according to sources. Per team policy, terms of the contract were not disclosed.

Johnson signed an Exhibit 10 contract with the team in late August. However, the Spurs waived the Missouri State product in October. Now, the 26-year-old has another chance to play at the NBA level.

Based on a few NBA betting sites, the Spurs have the second-lowest odds to win the championship in 2023. A number of sportsbooks are giving the Utah Jazz and Sacramento Kings better playoff odds.

The San Antonio Spurs are signing forward Alize Johnson on a one-deal, his agent @GeorgeLangberg tells ESPN. Johnson has averaged 22 points and 10 rebounds for Austin of the G League this season.

Through 72 career appearances, Johnson has averaged 2.5 points and 3.0 rebounds per game. He has also shot 48% from the field and 25% from outside the arc.

Last season, the forward made 23 appearances off the bench split between the Chicago Bulls, Washington Wizards, and New Orleans Pelicans. He averaged 1.8 points, 2.7 boards, and 7.3 minutes per game.

While with the Brooklyn Nets in the 2020-21 season, in 18 games off the bench, Johnson averaged career highs of 5.2 points, 5.0 rebounds, and 10.5 minutes per contest. He recorded two double-doubles as well.

If he can stay healthy, Johnson could benefit the Spurs’ frontcourt.

Meanwhile, Jordan Hall went undrafted out of St. Joseph’s during this year’s offseason. He signed a two-way contract with the Spurs in August.

Nonetheless, he was waived two months later. In early November, Hall signed a rest-of-season contract with the team. This was a one-year deal for $935,891.

Through nine games off the bench with the Spurs, the wing averaged 3.1 points, 1.3 boards, and 1.2 assists per game. Not to mention, he was shooting 32.1% from the field and 20% from three-point range.

Considering Hall was logging just 9.2 minutes per game, he was playing decent with San Antonio. He was recalled from the Austin Spurs, the team’s G League affiliate, on Nov. 2. 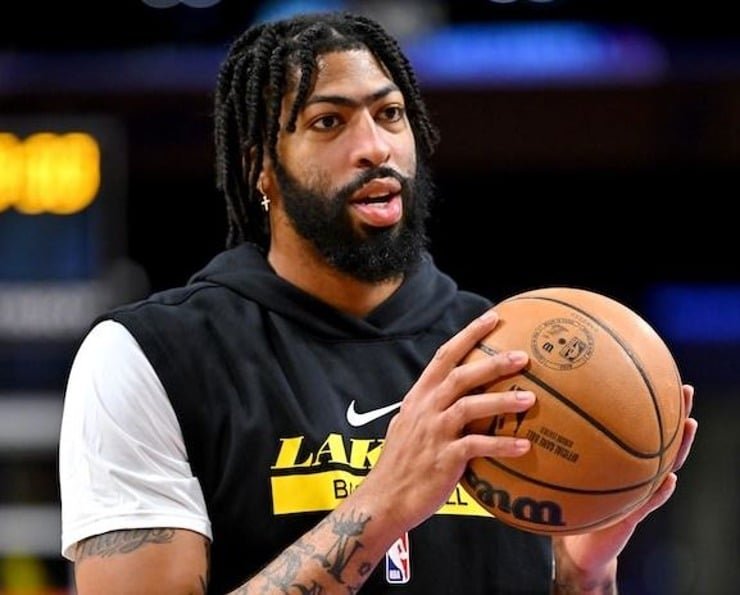 The news every Lakers fan has been waiting for the past six weeks is finally here! Anthony Davis is reported ready to return to action for the Los Angeles team, and it all seems as if it will be tonight against the San Antonio Spurs in their own Crypto.com Arena.

Now, unless Davis suffers any setbacks before the game or even during the warmup, it’s officially confirmed he’ll be on court for his team tonight. He was also given a 20-24 game play restriction by the team’s medical officials, as his return was initially speculated after 8-10 weeks of recovery, but he became fit before time.

Sometimes it’s not a matter of when he will return, but for how long.

Anthony Davis is reportedly set to return tonight on a minutes restriction.https://t.co/ubmDQNvaFO pic.twitter.com/4WFTtG4hHZ

Now, lets remember how he got injured last year. It was mid-December and the Lakers were playing against Denver, as Anthony Davis had been playing like the league’s MVP for the past weeks. Unfortunately, he landed awkwardly on a layup attempt in the first quarter and that was it for him, he had broken a bone spur in his right foot.

Watch the following video as he last played for the Lakers in their 126-108 win against the Nuggets on Dec. 16:

Let’s remind ourselves just how impactful the big man’s performances have been this campaign, right before he injured his foot. Lakers foward-center had scored an average of 27.4 points, won 12.1 rebounds, and handed 2.6 assists per game, after playing a total of 25 games so far with a 33.4 minute average.

He was sorely missed during 20 matches, all through the New Years and up until tonight against San Antonio. Los Angeles ended up with a tight 10-10 record in his absence, which incredibly is a much better record than with him on court this season (12-16).

Many questions emerged when he was sidelined

Many questions arose as he was injured, when unexpectedly the Lakers starting playing as a whole without their main stars.

For example, the Los Angeles side won their first game of the year in the absence of Anthony and LeBron James and actually beat the Miami Heat in an incredible team display that many considered the best performance of the season. The internet went into a frenzy and this revived their hopes of qualifying to the playoffs.

One of the main doubts was if Thomas Bryant would return to the bench once Davis returned from injury. The 25-year-old player impressed all as he had to fill his teammates shoes until he was fit to come back. Bryant’s stats aren’t as high as the 6-foot-10 foward, but still make a strong case as he proved to be an important team player. Thomas has now played 34 games this campaign, averaging a score of 13 points and 7.2 rebounds per game.

Rui Hachimura, on the other hand, is expected to make his Lakers debut tonight. As LeBron James has been taking the spotlight, scoring 40+ points in recent games, he needs to start distributing his offensive responsabilities with his teammates so he can gain some rest and therefore, more team quality to his game. And that’s when the young Japanese steps in!

As for the team’s General Manager, Rob Pelinka suggests the Los Angeles side are not done in the trade market after the Hachimura deal. Early this week he mentioned that every trade he evaluates involving the 2027 and 2029 1st round picks has to make them feel like it will propel them towards a championship and “there is no in-between.” 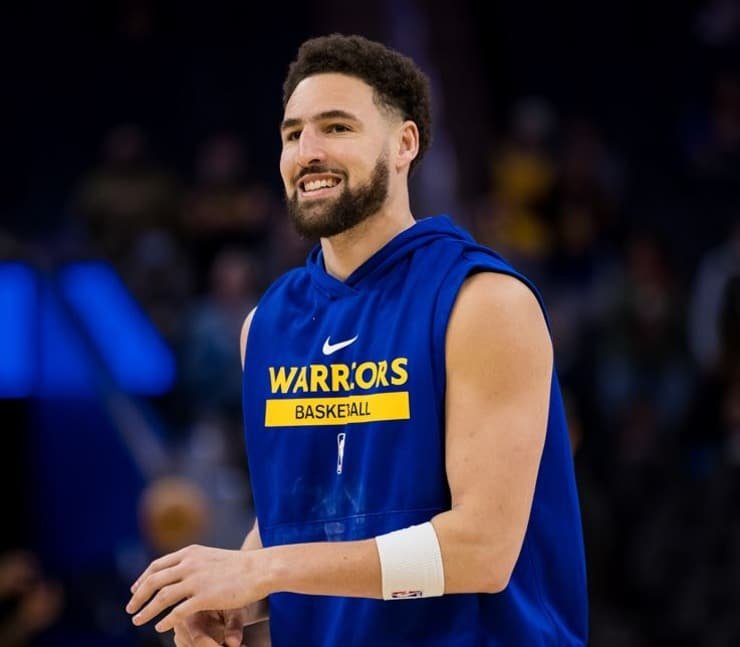 Golden State Warriors guard Klay Thompson believes the Memphis Grizzlies are one of the biggest threats to the reigning champs in the Western Conference. Beyond the halfway point of the 2022-23 season, the Dubs are 23-24 and rank 10th in the standings.

“They’re knocking on the door of championship contention, trying to knock us off,” Thompson told Damichael Cole of Memphis Commercial Appeal. “And they are loud about it. We’re trying to hold on to this run, and they’re right there knocking at the door. Sounds like a rivalry to me.”

Per multiple NBA betting sites, the Warriors have fifth-shortest odds to repeat. Check out which sportsbooks are giving the Boston Celtics, Milwaukee Bucks, Brooklyn Nets, and Denver Nuggets greater odds.

“I’m human. I’m more competitive than people think I am,” added the Warriors guard. “At the end of the day, it’s all just competitive fun. If you want to talk trash, it’s all part of the game. We all grew up talking mess. You can’t hoop without talking a little mess.”

Golden State will play the Grizzlies for the second time this season on Wednesday at 10 p.m. ET on ESPN. This game is part of NBA Rivals Week. Sportsbooks show the Warriors as three-point favorites at home. According to ESPN’s Basketball Power Index, the Warriors have a 63.2% probability of winning.

In the first matchup on Christmas Day, the Dubs won 123-109 at home. Stephen Curry and Andrew Wiggins were absent in this head-to-head contest. Jordan Poole led Golden State in scoring with 32 points in 29 minutes of action. Memphis’ Ja Morant scored a game-high 36 points as well.

A total of seven technical fouls were issued in the Christmas Day matchup, six of which were on Golden State. So, is this a rivalry? It appears to be. Memphis is 4-6 in its last 10 contests against the Warriors.

More importantly, the Grizzlies are winless in their past five road games versus Golden State. Every time these teams play one another, fans can expect to see a little bit of drama.

But the Grizzlies will not compete at full strength. Steven Adams (knee) remains out indefinitely. Not to mention, Danny Green (knee) and John Konchar (concussion) are also out. 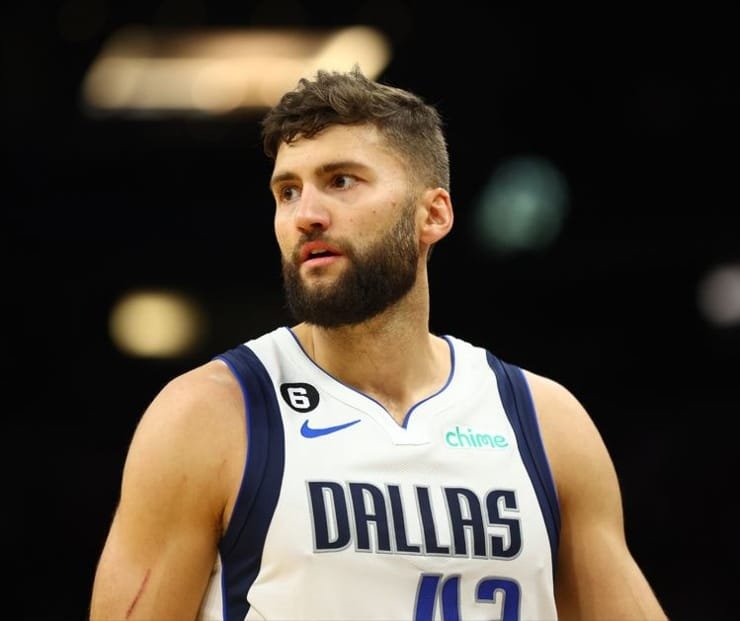 Dallas Mavericks centers Maxi Kleber (right hamstring tear) and Christian Wood (left thumb fracture) have been ruled out for Thursday night’s away game against the Phoenix Suns. Kleber, 30, hopes to make his return prior to the All-Star break.

The 6-foot-10 big man has missed 22 games since his injury, and he has been absent for a total of 27 contests this season. Wood, 27, has been out for the last three games. The UNLV product has missed seven contests.

Upon further review of some NBA betting sites, the Mavericks have 13th-best odds to win the championship. A couple of sportsbooks are giving the New Orleans Pelicans and Los Angeles Clippers greater odds.

Dallas is 3-7 in its last 10 games. The team is coming off back-to-back losses. While the Mavericks are 1-5 in their past six contests, they’re also 6-1 ATS in their previous seven meetings versus Phoenix. However, the Mavs are 5-13 in their last 18 matchups against the Suns.

Additionally, the Suns are on a four-game win streak. They’ve won five of their past 10 contests. Not to mention, the team is 9-1 at home against Dallas over the last 10 meetings. Phoenix is 4-1 ATS in its previous five home games.

Thursday night’s intraconference showdown is the third head-to-head matchup of the season series. Of course, this series is tied at one game apiece. Phoenix defeated Dallas 107-105 on Oct. 19, and then the Mavericks won 130-111 on Dec. 5.

Per ESPN’s Basketball Power Index, the Suns have a 54.8% probability of defeating Dallas at home. Sportsbooks show the Mavericks as 1.5-point underdogs. Though, since Phoenix is still without Booker, the Mavs could pull off the upset.

What Would a Vic Fangio-Led Miami Dolphins Defense Look Like?

Latest Updates On Christian McCaffrey, Deebo Samuel, and Others