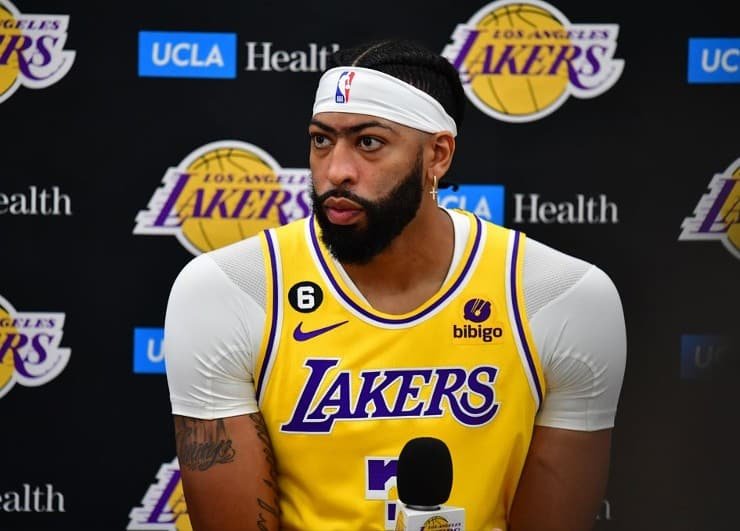 On Monday night, the LA Lakers blew a 17-point lead in the fourth quarter to lose on a buzzer-beater three by the Pacers. There was plenty of blame to go around after the game and head coach Darvin Ham was quick to take it for the Lakers collapse in the fourth. He said the results fall on him to make the adjustments the team needs late in the game. One Lakers superstar spoke out after the game about the loss.

Lakers star Anthony Davis didn’t think all the blame was to be had for his coach. Davis spoke about how it’s the players who make the plays and the coaches will put them in the right position to do so. They lost 116-115 to the Pacers last night.

NBA betting sites have the Lakers at (+6600) to win the Finals this season.

Anthony Davis over the last 6 games:

Head coach Darvin Ham was quick to take the blame for the Lakers bad loss, and that’s something a good coach does even when it’s not his fault completely.

” I wish we would have been a lot more aggressive, continue playing with pace and also continue to be organized and move the ball. And that falls on me. That falls on me. I’ll take responsibility for that…I have to do a better job of keeping us organized during those stretches offensively.” – Darvin Ham

But Lakers star PF Anthony Davis was quick to say that the blame is on the players more than anything. He told reporters that their team is too experienced to be losing games like that in the fourth quarter.

“It’s not just on him. It’s on us too,” … “I mean, we got enough years in the league for the guys that were on the floor late game to execute. Obviously, he’s a coach, you take the blame. But it’s on us players to go out there and execute.” – Anthony Davis

The Lakers are 7-12 so far this season and are fifth in the Pacific Conference. Their next game is tomorrow vs the Trial Blazers at 10:30pm.

Malcolm Brogdon ‘Happy’ To Be On The Celtics This Season 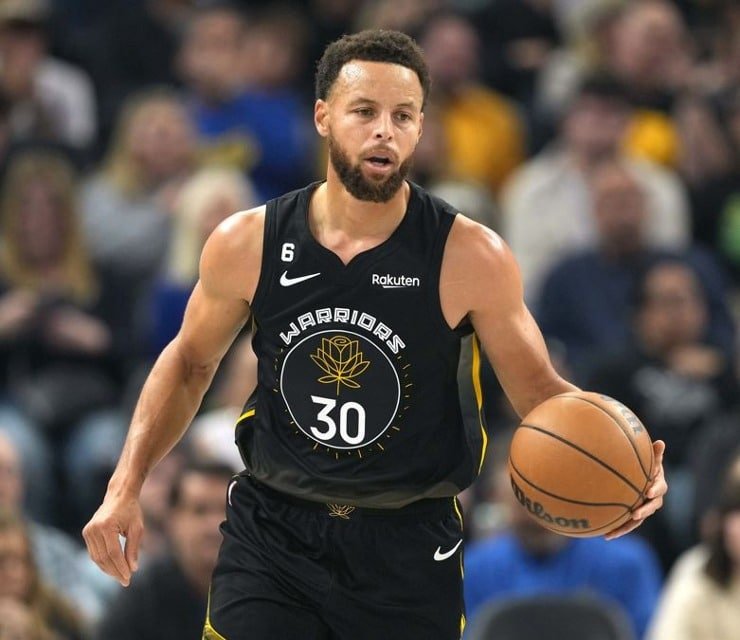 Stephen Curry has logged the most games with at least 30 points and 10 assists in Warriors franchise history. In Golden State’s 129-117 win over the Toronto Raptors on Friday night, the guard registered 35 points, seven rebounds, 11 assists, and two steals in 39 minutes of action.

On Thursday, Curry was named Western Conference starter for the NBA All-Star Game for the ninth time of his 14-year career. The four-time MVP has also recorded 102 30-point games on 70% true shooting, the most in NBA history. James Harden ranks second with 82 games, followed by LeBron James (81), Michael Jordan (75), and Kevin Durant (65).

Referring to some NBA betting sites, Stephen Curry and the Warriors have fifth-best odds to win the championship. Check out which sportsbooks are showing greater odds for the Boston Celtics, Milwaukee Bucks, Brooklyn Nets, and Denver Nuggets.

“We’ve been teetering on either side of .500 for a very long time. I’m kind of sick of it at this point,” Stephen Curry said. “[We’ve] got to figure out how to keep moving in the right direction and stack wins no matter how we can get them.”

Stephen Curry has registered the most 30-plus point, 10-plus assist games in Warriors franchise history while also recording the most 30-point games on 70% true shooting

“It feels like we took better care of the ball tonight,” added Warriors coach Steve Kerr said. “When Steph plays like that, the whole game opens up. The whole floor opens up.”

Last week, the NBA and NBPA announced that Stephen Curry and the Los Angeles Lakers secured the top spots on the NBA’s Most Popular Jersey and Team Merchandise list. LeBron James ranks second in jersey sales, per the available data. Curry and James are the biggest fan-favorites in the league. 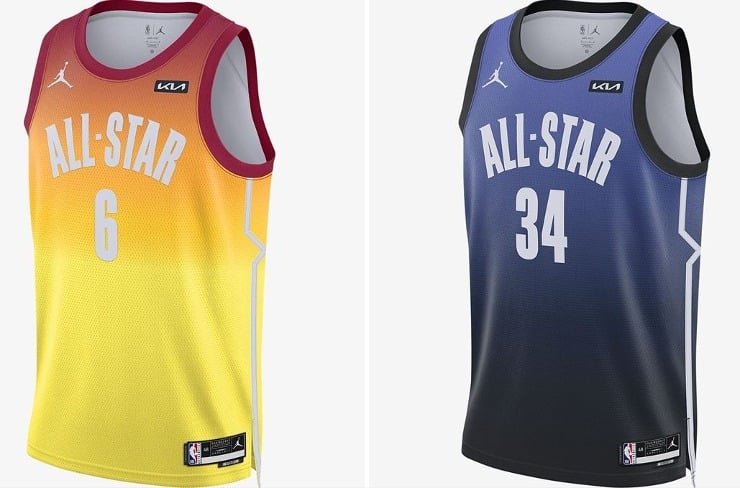 Jordan Brand will supply uniforms for the 2023 NBA All-Star Game for the sixth consecutive year. Since the Utah Jazz are hosting All-Star weekend at Vivint Arena in Salt Lake City, the uniforms will feature color transitions that reflect Utah’s landscapes.

According to a couple of NBA betting sites, the Boston Celtics are the top favorite to win the championship. Check out which sportsbooks are still giving the Milwaukee Bucks and Brooklyn Nets favorable odds. 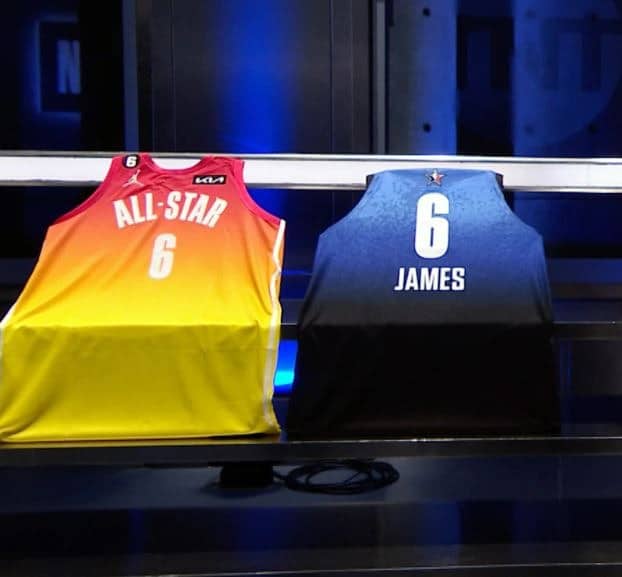 Furthermore, purple and blue colors were selected to resemble Utah’s sky during the evening hours. Red, yellow, and burnt orange were included to symbolize mountain ranges and the golden sunset. The 2023 NBA All-Star logo is featured on the sides of the shorts and on the back neck of the jersey.

Additionally, the Jordan Brand 2023 NBA All-Star uniforms will make their on-court debut at the 72nd NBA All-Star Game on Sunday, Feb. 19 at 8 p.m. ET in Salt Lake City. Basketball fans of the Beehive State are excited, needless to say. This game will air live on TNT for the 21st consecutive year.

TBS will present an alternate broadcast featuring Inside the NBA’s Charles Barkley, Ernie Johnson, Kenny Smith, and Shaquille O’Neal. A cable, satellite, or live TV streaming service subscription is required to view TNT and/or TBS. However, fans might prefer the original broadcast.

How we feeling about the 2023 NBA All-Star Game jerseys? 🌟

On Thursday, Kyrie Irving of the Brooklyn Nets and Donovan Mitchell of the Cleveland Cavaliers were named Eastern Conference backcourt starters. Giannis Antetokounmpo, Kevin Durant, and Jayson Tatum were named frontcourt starters. The East starters have a combined total of 36 career All-Star selections. 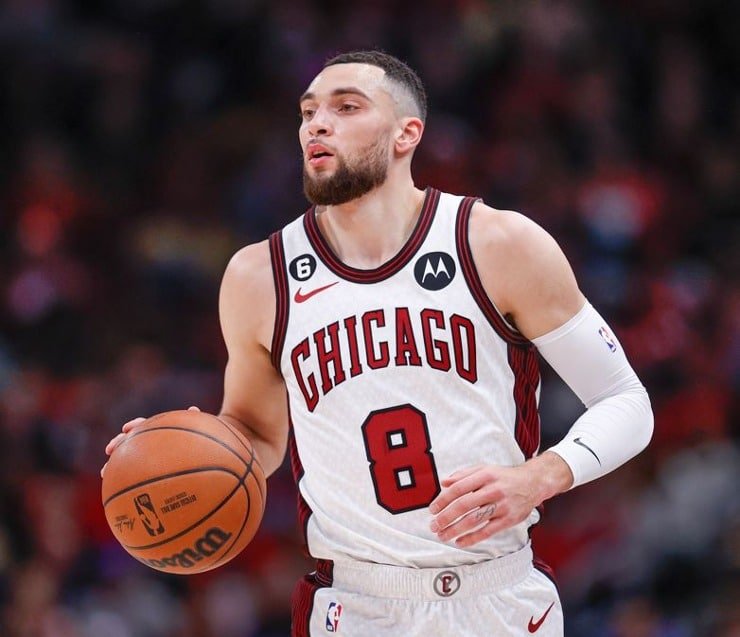 The Los Angeles Lakers are interested in trading for Chicago Bulls guard Zach LaVine, according to sources. However, it is unknown whether or not Lakers G.M. Rob Pelinka will negotiate a deal for the two-time All-Star prior to the Feb. 9 trade deadline.

Of course, LaVine could be one of the team’s offseason targets. “The name that’s become more interesting to me as this season has gone on and it’s become clearer and clearer that the Bulls are not going to get it together is LaVine,” said ESPN’s Zach Lowe.

Per multiple NBA betting sites, the Lakers have 10th-best odds to win the championship. A few sportsbooks are giving the Los Angeles Clippers and Memphis Grizzlies greater odds.

The Bulls would accept Russell Westbrook, the 2027 and 2029 FRP from the Lakers for Zach LaVine, according to Zach Lowe and Bobby Marks. pic.twitter.com/mHjza5fMB2

“I know there has been some thought about with people around the Lakers as a potential trade slash ‘that’s kind of our cap space acquisition,’” Lowe said of LaVine.

Lakers could pursue Bulls guard Zach LaVine before the Feb. 9 trade deadline or this offseason

If the Lakers pursue LaVine over the next couple of weeks, their trade package will probably not be ideal to impress the Bulls. Los Angeles has only two first-round draft picks (2027, 2029) for the rest of the decade. It would be absurd for Pelinka to surrender both first-rounders and a superstar for LaVine.

Last week, the Lakers traded Kendrick Nunn, a 2023 second-round draft pick, a 2028 second-rounder, and a 2029 second-rounder to the Washington Wizards for Rui Hachimura.

For Chicago to give up LaVine, the front office would demand either Russell Westbrook or Anthony Davis in return. The Lakers won the 2020 NBA Finals on the backs of Davis and LeBron James. Though, the four-time All-NBA member has struggled to stay healthy these past three years.

Beyond the halfway mark this season, Davis has made only 26 appearances. The 11-year veteran is dealing with a fractured bone spur and a right foot stress reaction. Davis played just 40 games last season as well. Lakers coach Darvin Ham is having Westbrook come off the bench this season, and at least Westbrook is consistently healthy.

The same cannot be said about Davis. While the Lakers center is a more dominant rebounder than LaVine, the Bulls guard is a better outside shooter. Through 44 starts this season, LaVine is averaging 23.6 points, 4.7 rebounds, 4.2 assists, and 1.0 steal per game. Plus, he’s shooting 45.8% from the field and 37.3% outside the arc.

Belal Muhammad On Conor McGregor’s Relevancy….. [He Has A Movie Coming Out] – MMA NEWS

NFL Betting Strategies and Trends for the Conference Championships