Ryan Palmer hasn’t won an individual event on the PGA Tour since the 2010 Sony Open in Hawaii, but he’s put himself in position for a return to the winner’s circle.

The 45-year-old Palmer (pictured) posted a bogey-free, 10-under-par 62 and is tied for the lead with David Skinns of England and Sebastian Munoz of Colombia midway through the AT&T Byron Nelson at TPC Craig Ranch in McKinney, Texas.

Palmer lost in a playoff to Keegan Bradley in the 2011 AT&T Byron Nelson.

“Today it was just coming out knowing you’ve got to shoot low on this golf course,” said local favorite Palmer, who teamed with Jon Rahm to win the 2019 Zurich Classic of New Orleans. “The things I’m working on, (caddy) Randy Smith and I have been working on, it’s just staying in the moment, hitting the shots I need to and I feel like it’s some of the best putting I’ve been doing lately and it showed today.

“It’s a little added pressure when I play in Texas, especially this week and with Charles Schwab (in Fort Worth) coming up in two weeks. So it’s a lot of pressure on myself but I love it.”

Palmer, who grew up in Amarillo, Texas, and played college golf at North Texas State and Texas A&M, started at No. 10 and collected six birdies on the back nine including four in a row through No. 15, and added four more birdies on the front nine capped by a six-foot putt at No. 9.

Skinns, 40, a PGA Tour rookie who won seven times on the NGA Hooters Tour and twice on the Korn Ferry Tour, made six birdies on the front nine and four coming home, making his only bogey on the sixth hole in a 62.

“It has been a bit of a struggle,” said Skinns, who worked as a delivery driver when golf shut down due to the Coronavirus pandemic in 2020. “I came off a really nice run on the Korn Ferry Tour to finish and I felt good going into the PGA Tour season. I played nicely in (Safeway Open to start this season) the first two days and then didn’t play well on the weekend.

“But then when you find yourself not getting in every tournament and you start to slip behind a little in the points, it’s tough to see yourself continue to fall down the list. You’ve eventually got to figure out a different game to play, you can’t keep looking at that, otherwise it will demoralize you a little bit. You just got to get back to the reason that you’re here and I think I’ve done that decently the last six weeks or so, even though the results haven’t quite shown it.

“I’m just excited to be in a position this weekend where I can make a step forward hopefully.”

Munoz, the first-round leader with a brilliant 12-under 60, started at No. 12 and made two bogeys on the back nine, rallied with four of his five birdies on the front nine to salvage a 69.

Said Munoz, whose only PGA Tour victory came in the 2020 Sanderson Farms Championship: “Today was more like regular golf and I didn’t get some of the good breaks I got yesterday. I got off to a slow start, but was able to turn things around and I’m happy to finish at 69. I made some nice putts and hope to keep that going on the weekend.”

Justin Lower birdied four of the last seven holes for a 66 and is one stroke back in solo fourth, followed by Charl Schwartzel of South Africa, the 2011 Masters champion, who holed a 70-foot bunker shot for an eagle at No. 14, added six birdies in a 65 and is one more down in fifth.

Ninth-ranked Jordan Spieth made five of his eight birdies on the back nine in a 65 and is three behind in a tie for sixth with defending champion K.H. Lee of South Korea, who birdied his last two holes for a 68, and Joaquin Niemann of Chile, who started at No. 10 and birdied four of the first five holes before closing with his seventh birdie in a bogey-free 65.

Hideki Matsuyama, the 2021 Masters champion, recorded a bogey-free 66 and is four strokes back in a tie for ninth with Beau Hossler of Rancho Santa Margarita, who holed a 20-foot eagle putt at No. 18 in a bogey-free 64, Jason Kokrak, who birdied the last hole for a 65, Seamus Power of Ireland, who birdied four of the last five holes to cap a 67, and Mito Pereira of Chile, who had a bogey-free 69.

The Golf Specific Warm Up Routine 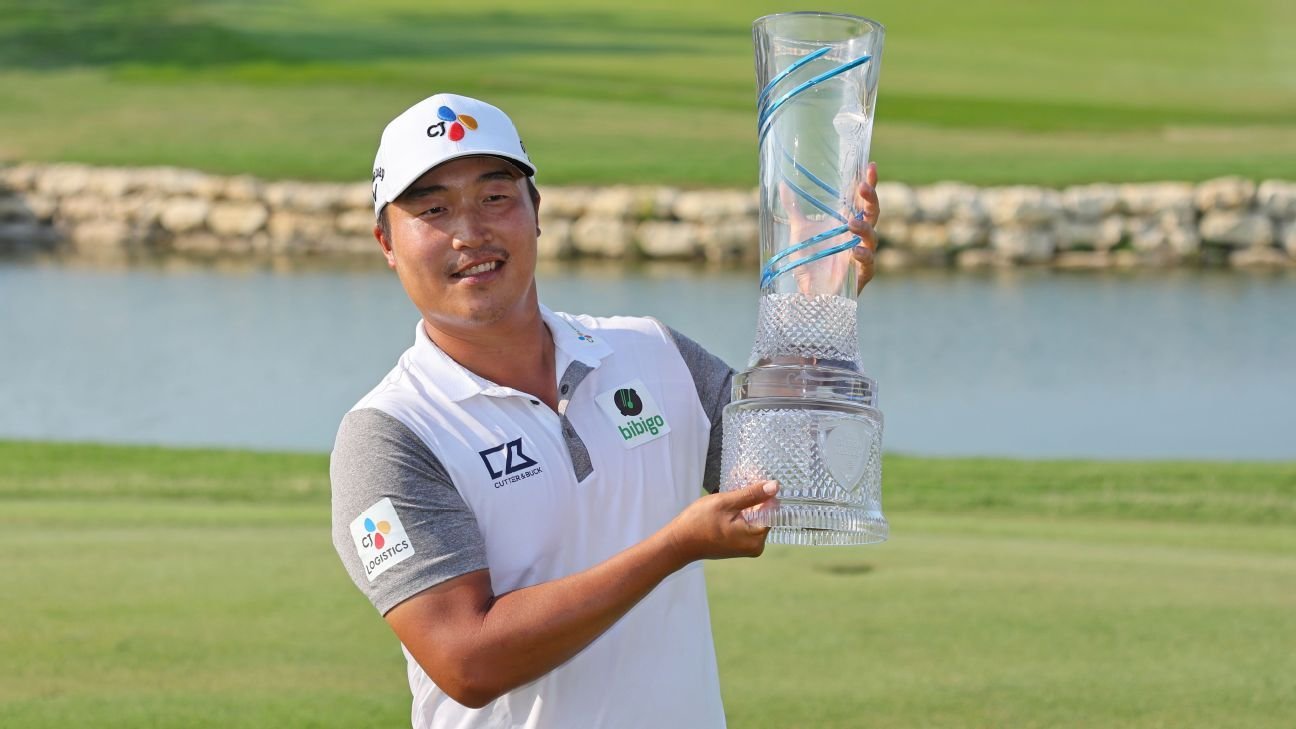 K.H. Lee simply repeated himself in the AT&T Byron Nelson.

The 30-year-old Lee fired a bogey-free, 8-under-par 63 to win the 68th version of the tournament by one stroke over local favorite Jordan Spieth at TPC Craig Ranch in McKinney, Texas.

Lee joined Tom Watson, Jack Nicklaus and Sam Snead as back-to-back winners of the AT&T Byron Nelson, which was first played in 1944, when Nelson was the winner.

“Last year I missed the cut at the PGA Championship,” said Lee, who claimed his sixth victory as a pro and second on the PGA Tour. “So my first goal is next week play well (in the PGA at Southern Hills), hopefully make the cut. This helps. This is really good. Hopefully, the rest of this season will be better than last year.

“This feels like a dream again, like last year. I’ve struggled with my game the past couple of months and I’ve had no top-10s this year, but when I’m here I’m more comfortable and more confident. I’ve tried my best and maybe being here has helped me.

“It’s an amazing feeling, with my family and my wife and my daughter (here), it’s amazing, really.”

Lee, who won four times in Asia and beat Sam Burns by three strokes in the 2021 AT&T Byron Nelson, collected seven birdies including four on the first six holes and hit a brilliant 240-yard approach shot to set up a five-foot eagle putt at No. 12 while recording a score of 26-under 262.

His tap-in birdie on the last hole gave him a two-shot lead and clinched the victory.

The eight-ranked Spieth, who won the RBC Heritage in his last start for his 15th PGA Tour victory, made his eighth birdie on the last hole in a 67, but it was too little and too late, in part because of a three-putt bogey at No. 10.

“It was a good week, good momentum into (the PGA) next week, my last two starts being a win and a second,” said Spieth, who has won the other three majors and will make his fifth attempt to complete the Career Grand Slam at Southern Hills.

“But this one will sting just a little bit just looking back on the day. But I played the holes from (No. 10)  exactly how they were supposed to be played, grabbed three more birdies and it just wasn’t quite good enough.”

Hideki Matsuyama of Japan, the 2021 Masters champion who is ranked 11th, made six birdies on the front nine and sank a six-foot eagle putt on the last hole to cap a 62 and was two shots back in a tie for third with Sebastian Munoz, who led for much of the first three rounds before closing with a 69.

Tenth-ranked Xander Schauffele of la Jolla and San Diego State, the Olympic Gold Medalist, carded a career-best, bogey-free 61 that included a 97-yard hole-out for eagle on the sixth hole and nine birdies to wind up three down in a tie for fifth with ninth-ranked Justin Thomas, who had three birdies on each nine in a 67, and Ryan Palmer, who had seven birdies in a 67.

Top-ranked Scottie Scheffler shot 69 to tie for 15th, 16th-ranked Joaquin Niemann of Chile stumbled to a 74 and tied for 25th, and 12th-ranked Dustin Johnson tied for 59th following a 73. 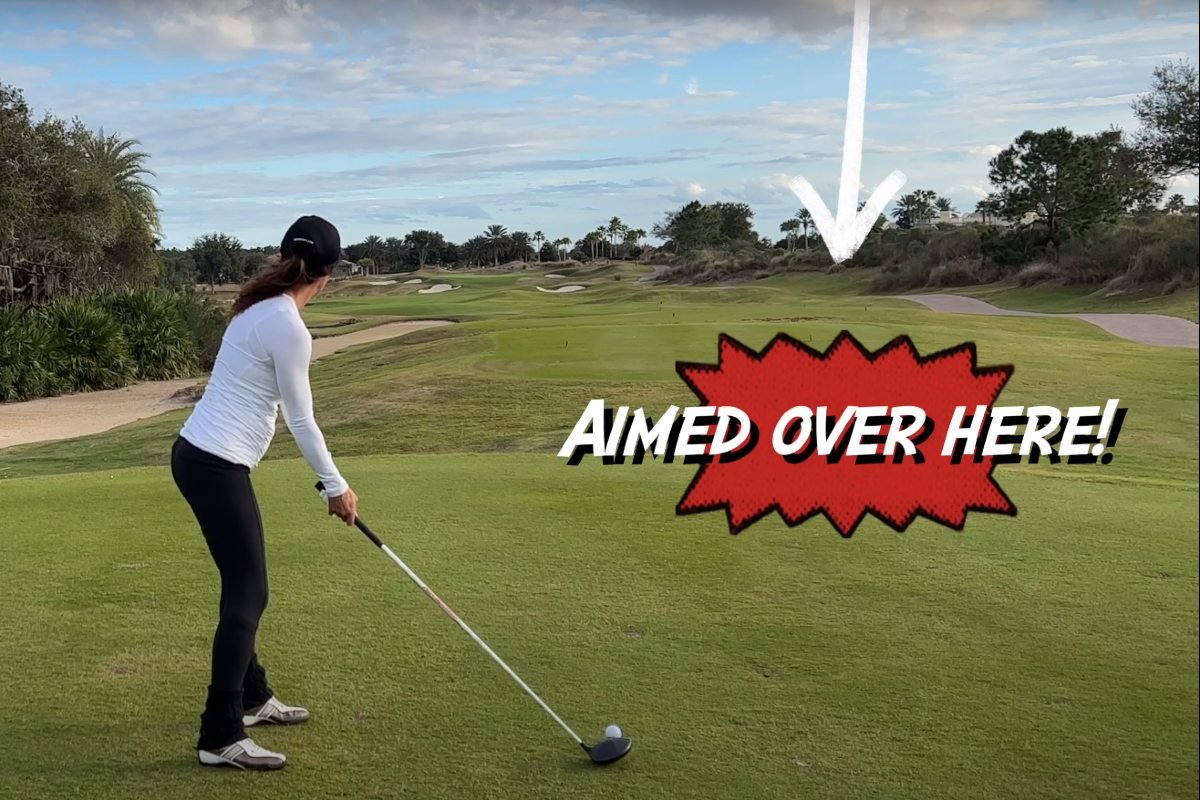 NOW’S YOUR CHANCE TO GET PERSONAL COACHING FROM CHRISTINA
Brand new golfers or single-digit handicappers.

“It is great to be able to help players that live anywhere in the world remotely and effectively.” Learn more at www.morepars.com/coach

Sebastian Munoz of Colombia didn’t lose his place atop the leaderboard.

The 29-year-old Munoz, who has been in the lead most of the way since opening with a tournament record 12-under-par 60, shot 66 and will take a one-stroke lead over ninth-ranked Jordan Spieth into the final round of the 68th AT&T Byron Nelson at TPC Craig Ranch in McKinney, Texas.

Munoz, who holed a 57-foot bunker shot for an eagle on the sixth hole, added five birdies and took his only bogey at No. 16 while recording a 54-hole total of 21-under 195.

Spieth, a native of Dallas who played at the University of Texas, made five birdies on the front nine and added four more coming home against a single bogey on the 15th hole in a 64.

“It’s great to have a chance to win in  my hometown because my Dad was taking me out to this tournament since I was about 5-years-old,” said Spieth, who claimed the 15th PGA Tour victory of his career in his last start in the RBC Heritage. “Playing at home certainly is exciting and gets my blood flowing.

“It’s weird to shoot 67-65-64 and be behind, but that’s what this course is giving us this week. After taking a few weeks off, you never know how long it’s going to take to get your game back on track, but it’s nice to be in the mix and have a chance to win  tomorrow.”

Joaquin Niemann of Chile carded a second straight 65 that included eight birdies and is two shots back in solo third, while James Hahn of Alameda and Cal sank a seven-foot eagle putt on the 12th hole, added 10 birdies in a bogey-free 61 and is three behind in a tie for fourth with eight-ranked Justin Thomas, who carded a bogey-free 64.

“I was just having fun out there,” said Hahn, who has won twice on the PGA Tour, but not since the 2018 Wells Fargo Championship. “I hit the ball well the first two days, but didn’t make any putts, and then today everything was going in.

“It feels good and I’m happy about the way I’m playing, but I’m not taking it for granted because it’s been a bit of a struggle for me the last couple of years. I’m just trying to stay in the moment and enjoy it without thinking too much.”

Top-ranked Scottie Scheffler, another Texan who has won four times this season including the Masters, made seven birdies in a 65 and is five shots behind in a tie for ninth with Davis Riley, who put up a second straight 64, and Beau Hossler of Rancho Santa Margarita, who had three birdies on each nine in a 67.

Hideki Matsuyama of Japan, the 2021 Masters champion who is ranked 13th, is tied for 18th after a 69, 11th-ranked Dustin Johnson shot 66 and is tied for 21st, and 12th-ranked Xander Schauffele, the Olympic Gold Medalist from La Jolla and San Diego State, is tied for 30th following a bogey-free 65.